So much for Tyson Fury’s big fight.

The WBC heavyweight titleholder won’t be fighting Oleksandr Usyk or Anthony Joshua, at least not immediately. Instead, ESPN is reporting that Fury in near a deal to fight longtime contender Derek Chisora on Dec. 3 in London.

The third fight is expected to take place at Tottenham Hotspur Stadium, which has a capacity of 60,000-plus for soccer.

Many assumed Fury, the WBC heavyweight titleholder, would face Oleksandr Usyk for the undisputed championship after the Ukrainian outpointed former titleholder Anthony Joshua a second time on Aug. 20.

When that didn’t happen, he and Anthony Joshua entered talks for a long-awaited showdown. However, negotiations broke down late last month.

So now it appears Fury will turn to an old rival – with whom he has been in contact for months – to stay busy in his voluntary title defense.

“The Gypsy King” hasn’t fought since April, when he stopped Dillian Whyte in six rounds. That followed back-to-back knockout victories over Deontay Wilder that underscored Fury’s place at the pinnacle of the division.

However, the Londoner is 38 and clearly not the fighter he once was.

Photos: Tyson Fury through the years 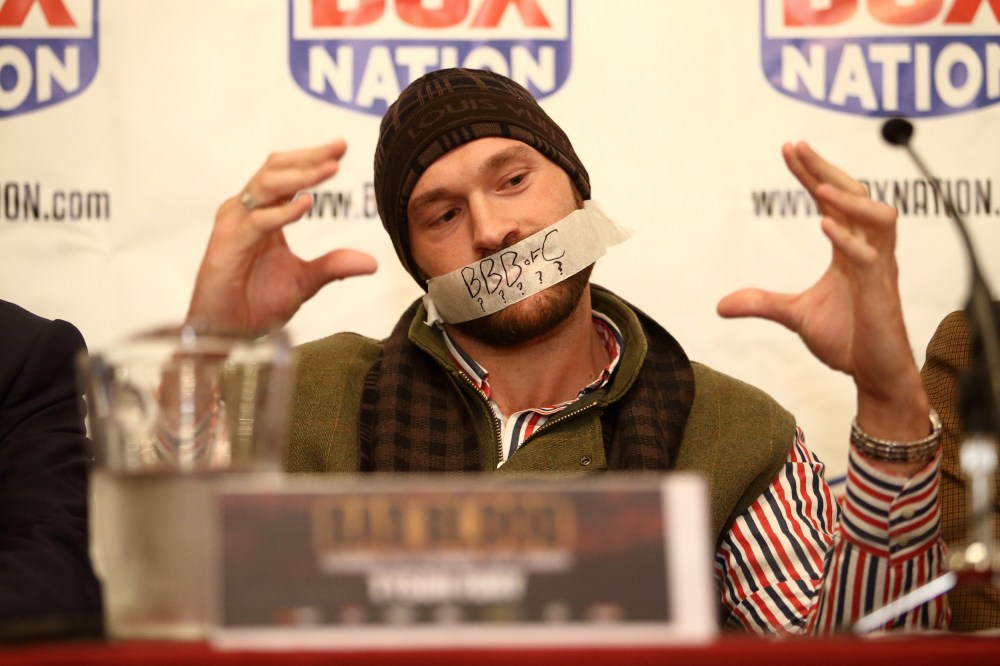