The door to PUREBRED opened and in walked Kozo Nakamura.

Every Japanese gym Nakamura entered, he had the respect of the room and this was no different, especially considering he ran the joint. His contributions to combat sports in the country were recognized by those around him – even the legends.

It was sometime around the year 2000, and this day wasn’t that much different than the rest of them, except that Nakamura had a special guest with him as his son Rinya was accompanying.

At a time when many of his classmates swung on swings and went down slides, Nakamura found his playground among Japanese MMA luminaries. Names like Enson Inoue, “Kid” Norifumi Yamamoto, Noboru Asahi, Yuki Nakai, and others crafted the child’s mentality. They instilled the difference-makers in his psyche that would last throughout his life.

“I grew up watching their mentality of fighting to the death at the fight, and whether they won or lost, they were praised and honored for fighting through the game,” Nakamura recently told MMA Junkie through a translator. “It was a natural choice; I decided to go on the path of martial arts.” 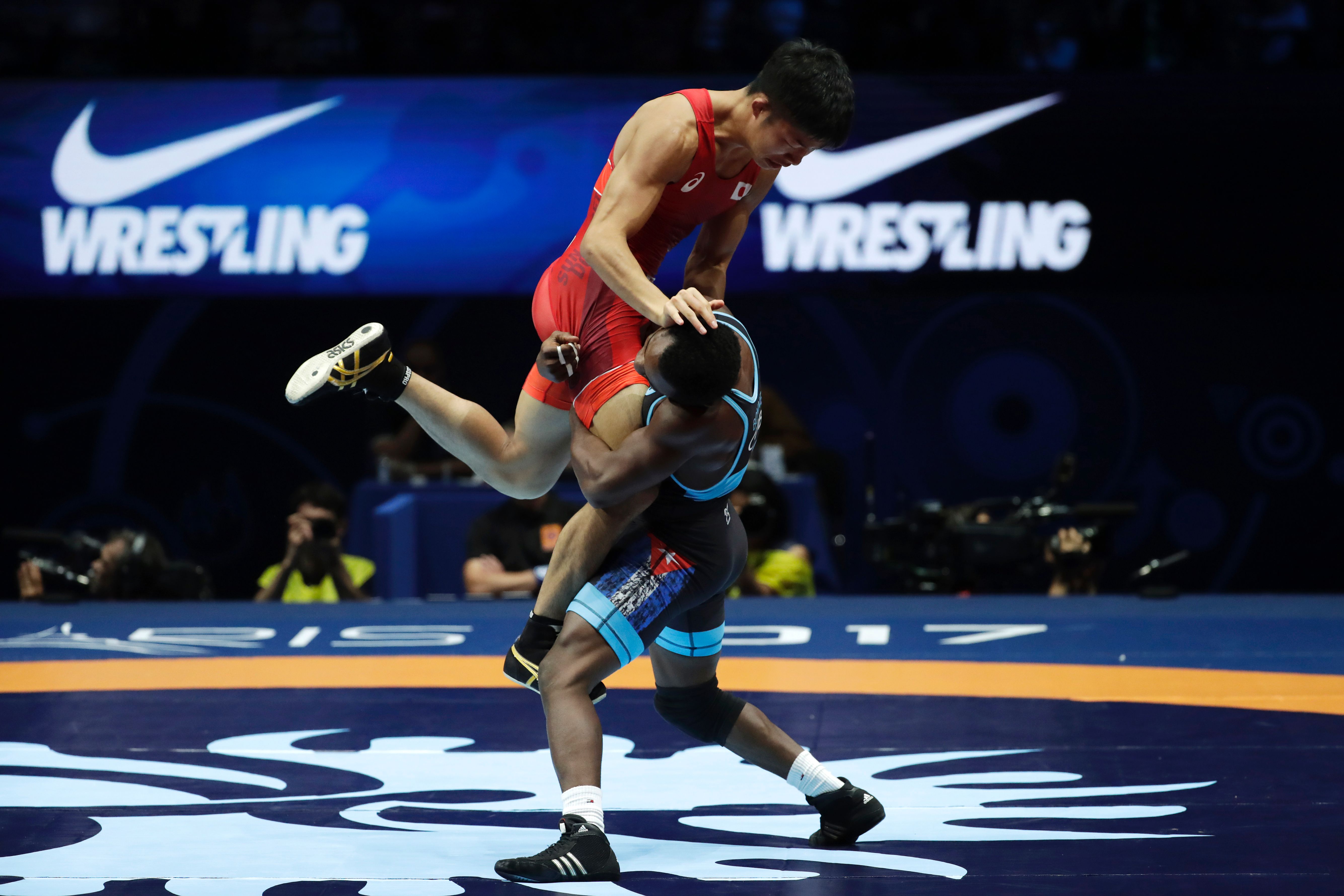 Two decades later, his father Kozo might not be a household name, or really even known to American fans at all. But behind the scenes, he was crucial and instrumental in the popularization of Shooto.

“He worked hard to bring Rickson Gracie to Japan, preparing money, logistics, and negotiating,” Nakamura said. “Martial artists of the time still tell me that without my father’s effort, there would have been no Shooto, Vale Tudo Japan, or PRIDE.”

Seemingly destined for mixed martial arts competition, Nakamura’s route to the pros was not linear; the journey path rounded. His entryway went by way of wrestling mats.

In 2011, Nakamura won his first major wrestling championship in the Cadet World Championships, the first of many competitive accolades.

The victory was celebrated, but his attention immediately turned elsewhere. It was time to pursue the Olympics.

Things didn’t pan out and the 2020 COVID-19 pandemic presented a host of further issues, so he reembarked toward his inevitable combat sports destination: mixed martial arts.

“I worked hard to be a member of Team Japan in the Tokyo Olympics,” Nakamura said. “I lost to Takuto Otoguro at the Japanese national final qualifying event. That was a turning point. I decided to move to MMA.”

Atop a throne of sorts in wrestling, Nakamura was humbled in his initial phases of MMA transition – and it caught him a tad off guard.

“I struggled more than I thought, for example, with how to use the body and create distance,” Nakamura said. “Also, the mindset of MMA fighters was utterly different.” 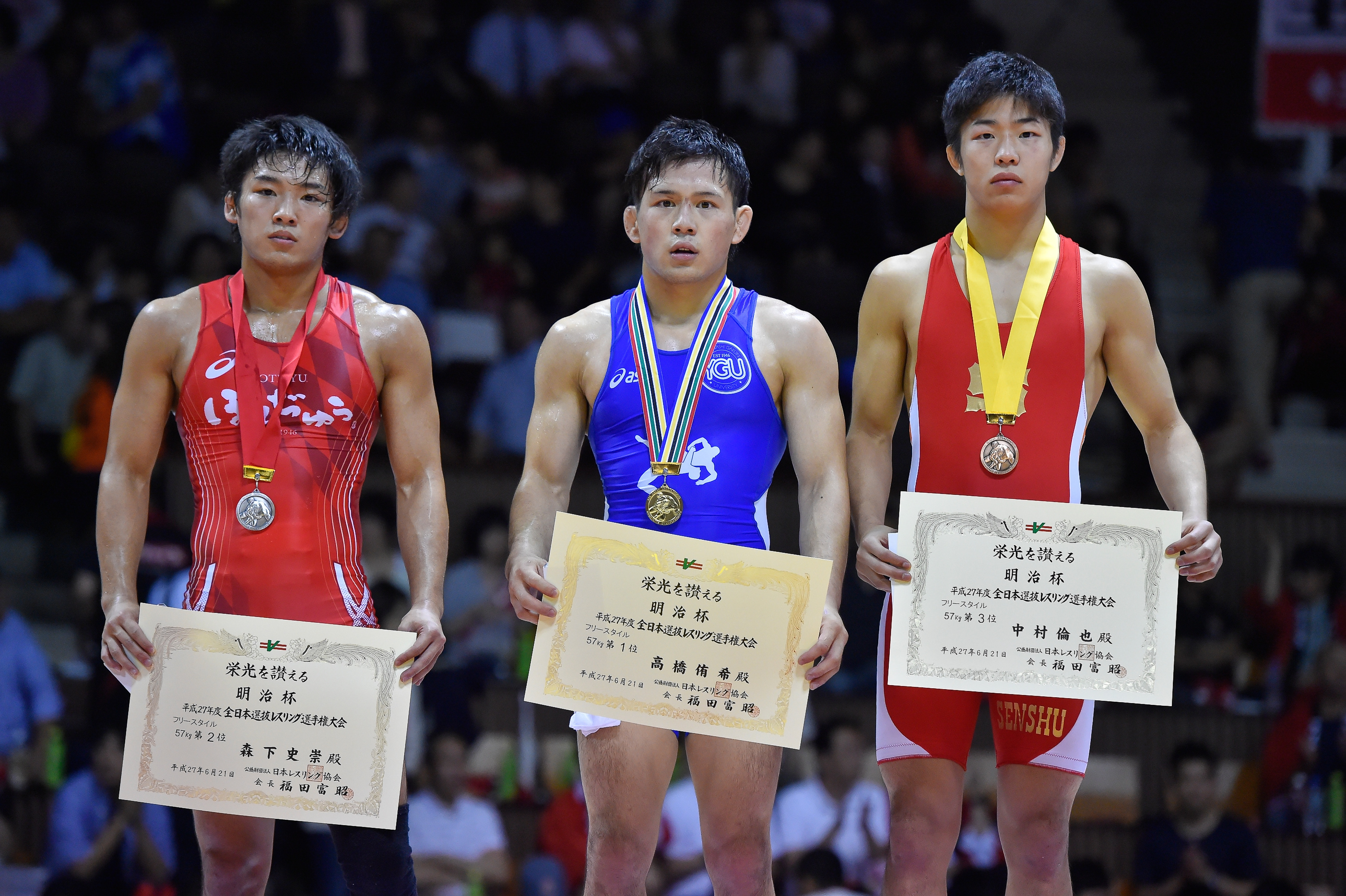 Practice made things better and in 2021 he made his professional debut. After a 4-0 start, he was signed to Road to the UFC, where he quickly submitted Gungun Gusman in June. Next up, Nakamura (5-0) faces Shohei Nose (9-2-2) in the tournament semifinal Sunday in Abu Dhabi.

Like many other fighters, Nakamura aspires to rise through the ranks and win a UFC title. But he’s unwilling to cap his impact with bragging rights, money, or gold belts.

“Every time, I will fight, like ‘I have no regret even though I die,’ from the bottom of my heart,” Nakamura said, a nod to the aforementioned Japanese legends of yesteryears. “I sincerely hope that people watching my fights are touched by the spirit and become martial arts fans, feeling the love of my fight.

“… I want to restore the Japanese spirit in all Japanese people’s hearts. It may be a bit of an exaggeration to say this, but I want Japanese people to feel courage, determination, and love through my fights. I want to bring an immense energy wave and harmony to Japan.”