Poirier (29-7 MMA, 21-6 UFC) submitted Michael Chandler in a Fight of the Night war last Saturday at UFC 281, adding on to his already star-studded resume. Outside of two title-fight losses, Poirier has been on a roll at lightweight, holding wins over Conor McGregor (twice), Max Holloway (for the interim title), Justin Gaethje, Eddie Alvarez, and now Chandler.

The win over Chandler has reentered Poirier into the title conversation, but Sonnen thinks “The Diamond” has other goals.

“Dustin Poirier right now is not on a mission to be champion,” Sonnen said on his YouTube channel. “And to become champion is very realistic; that’s not the statement I’m making. Dustin Poirier’s No. 1 goal right now is not to reclaim his championship. He wants to go into a category. It’s the elite of the elite. It’s a category so high that when you start training, you don’t even set a goal to do.

“There’s one more category above champion – one category, and that is when the outcome of your fight doesn’t matter. When you get to a level of popularity where the outcome of your match no longer matters. The next time you come out, the crowd will be sold out, and you will be in the main event. Even if you’re coming off of a loss, your next fight will be the main event. I’m talking about a Conor McGregor status.”

Sonnen may not be too off with his point. In a recent interview on The MMA Hour, Poirier said a fight with top contender Beneil Dariush doesn’t interest him and isn’t super exciting in comparison to his previous opponents.

“He wants to do superfights,” Sonnen added. “He wants to do massive fights and the title be damned. He’s already got one. He’s got one sitting in his mantle at home. He will go down in the record books if he never fights again as a champion of the world, which he was. He wants to go into this different realm.” 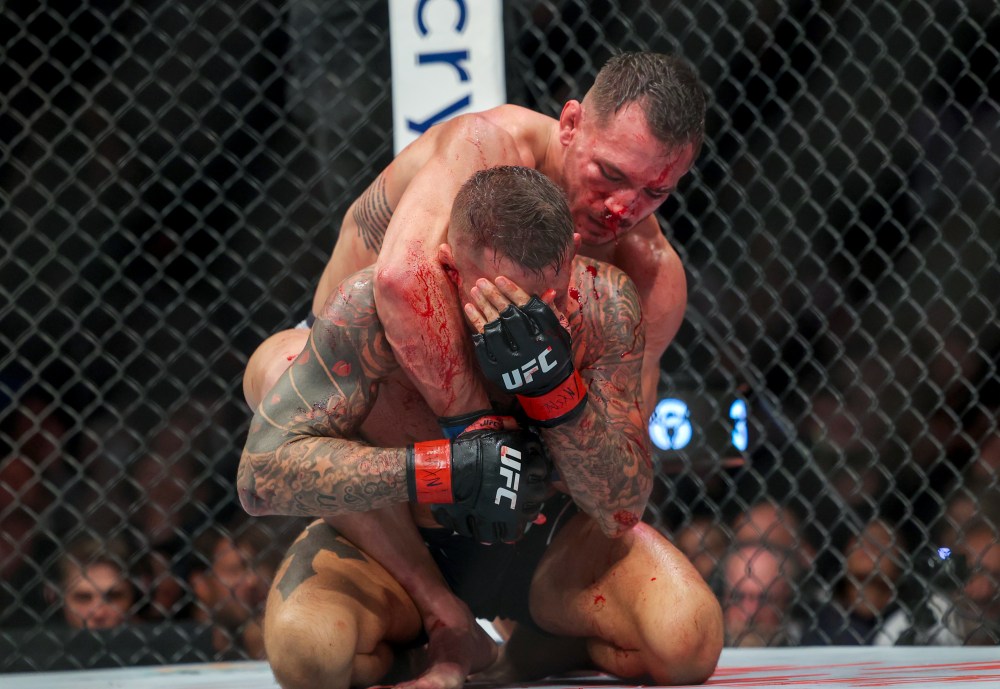