Bellator 288 breakdown: Will Corey Anderson pick up where he left off against Vadim Nemkov?

MMA Junkie analyst Dan Tom breaks down the Bellator’s top bouts. Today, we look at the main event for Bellator 288. 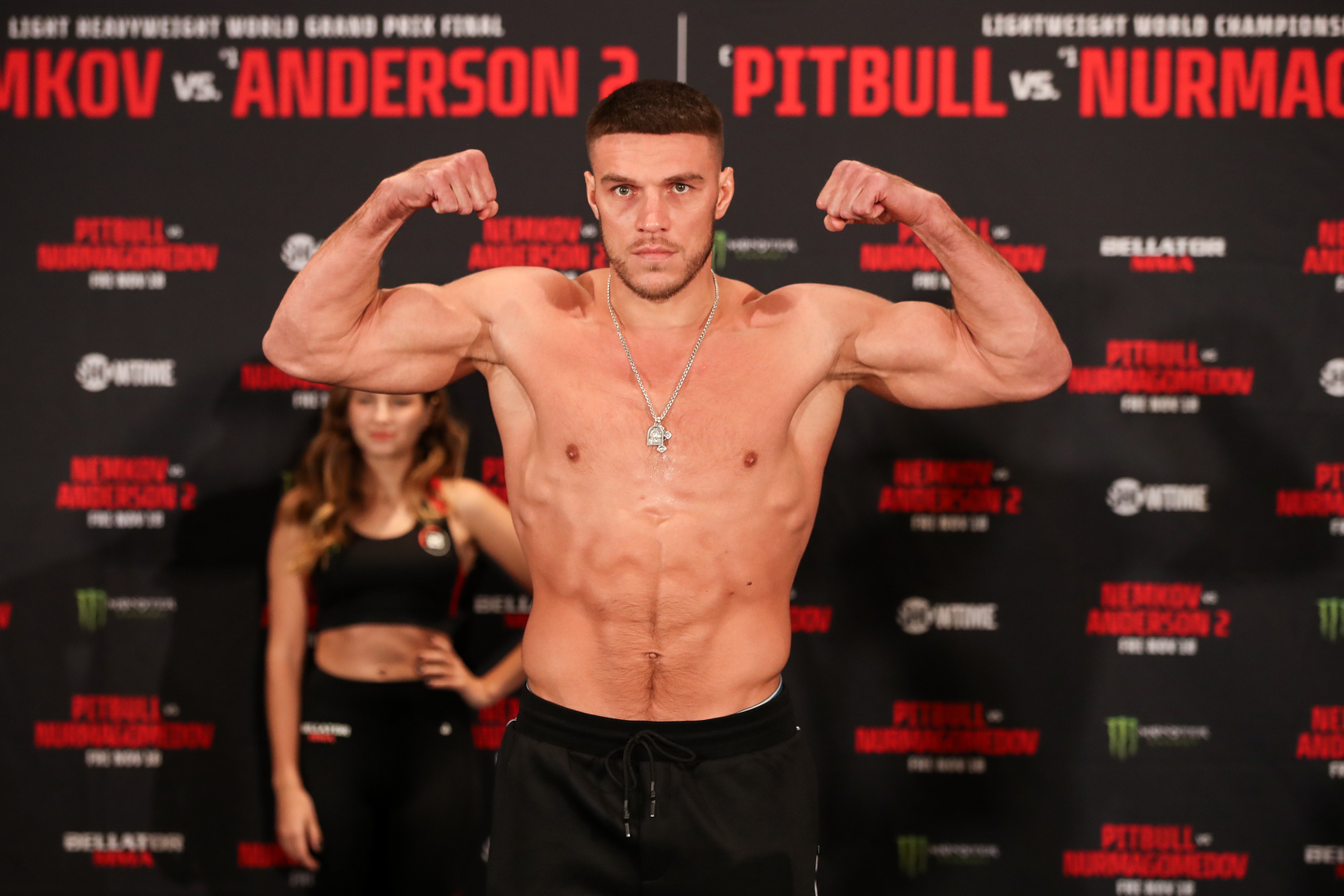 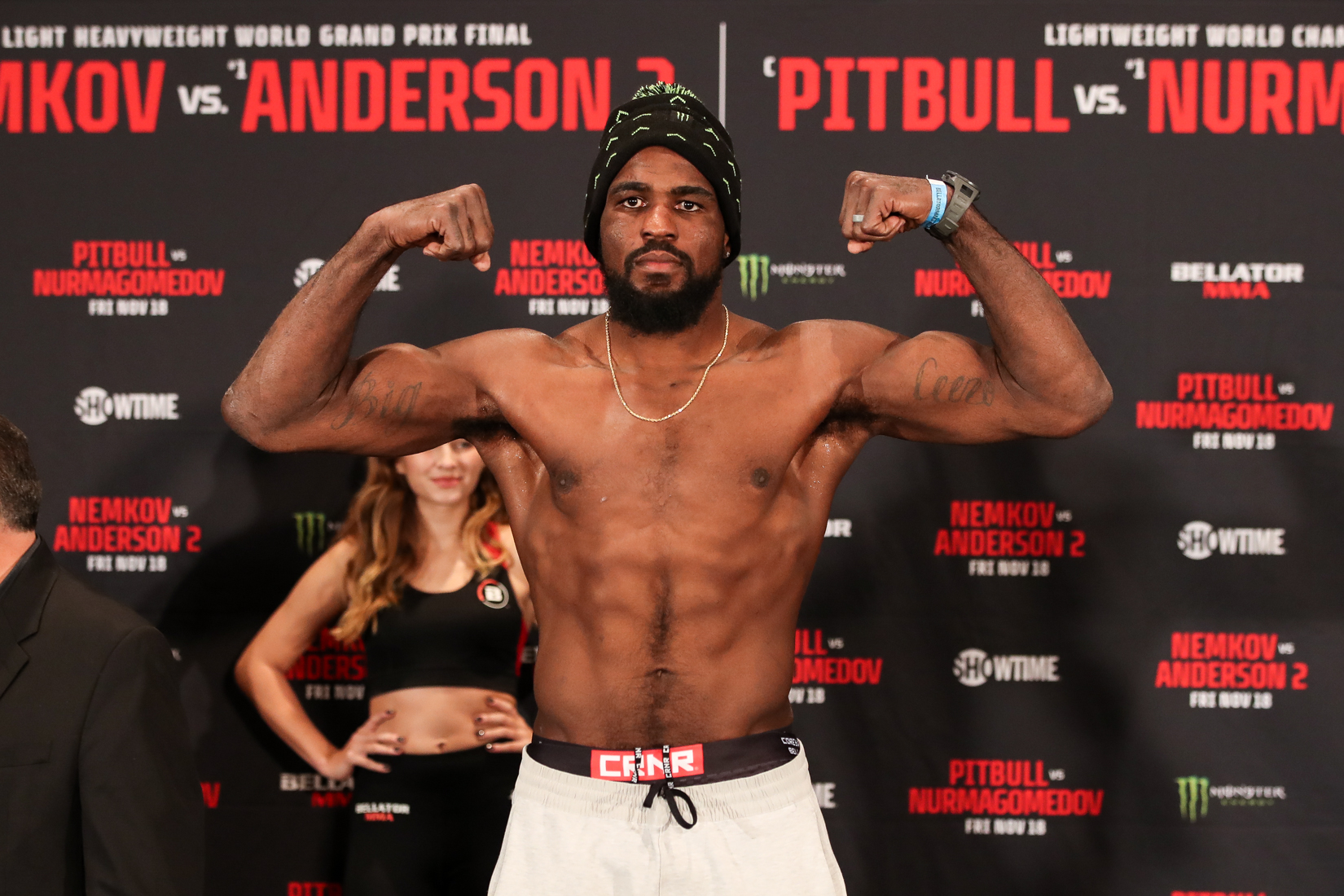 Point of interest: The first fight 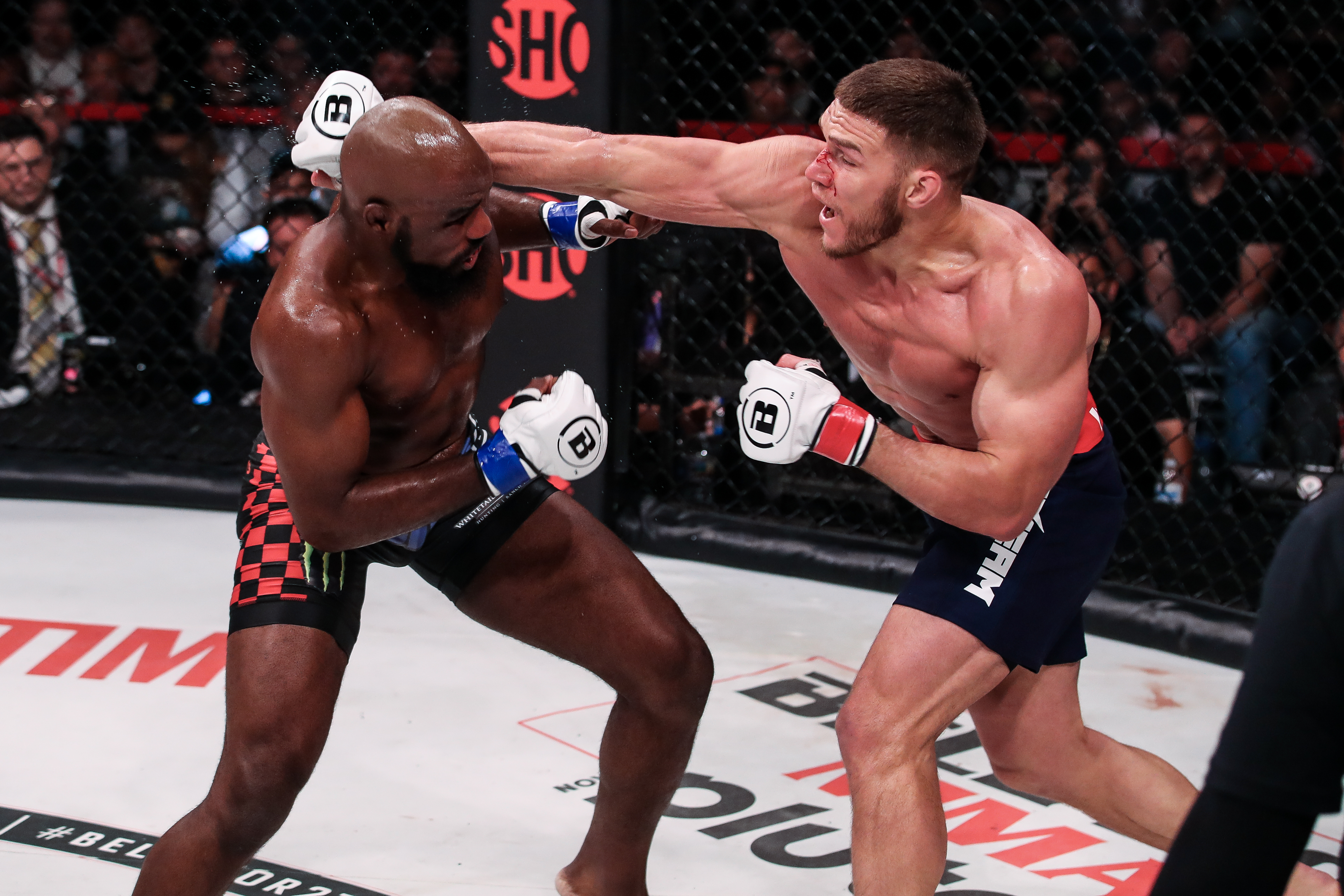 The main event for Bellator 288 features a rematch between [autptag]Vadim Nemkov[/autotag] and Corey Anderson, which will finally conclude the promotion’s light heavyweight grand prix.

Their first encounter started off as I initially predicted, with Nemkov using his fleet-of-foot stylings to stick Anderson with jabs as he sprinkled in thudding leg kicks when available.

Anderson wore the shots well, steadily staging offense of his own while simultaneously trying to corral Nemkov toward the cage. Oddly enough, it was Nemkov who was mixing in the majority of takedown attempts in the opening frame despite neither side officially scoring.

Anderson was able to finally close the gap on Nemkov at the end of the round, pushing the champion against the fence with a takedown attempt that would portend the action to come.

The American challenger started off the second frame with his rinse-wash-and-repeat method of striking volume and steady pressure, only taking Anderson roughly thirty seconds or so before he was able to pin Nemkov against the cage.

Anderson was eventually able to ground his Russian counterpart after picking his ankle, where he then started to work over Nemkov from topside for the bulk of the frame. Nemkov, in his defense, was able to scramble free off of a well-timed bridge, but ended up spending the rest of the round trying to get it back rather than separating and looking to strike.

Come the third round, Anderson appeared to have the timing on Nemkov’s straight punches, demonstrating an ability to slip and land the better shots in exchanges. And once Anderson followed up his success with another level-changing takedown, he was able to get his patent ground-and-pound game going on the floor.

The problem, however, is that Anderson got too overzealous when delivering elbows from half-guard and caused a clash of heads that caused the fight to end in a no contest. 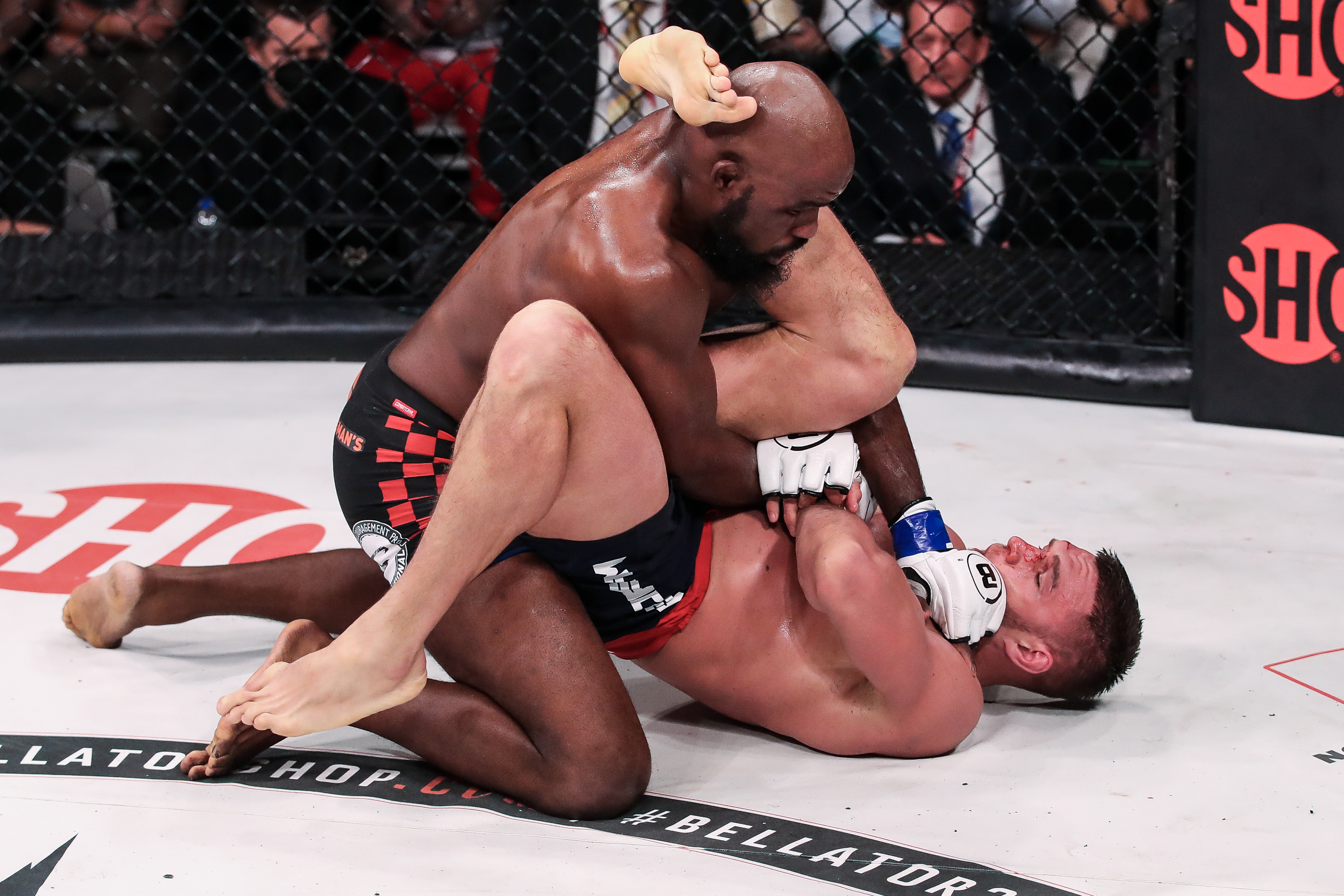 Despite Anderson being in the driver’s seat when their bout ended back in April, there are ample adjustments that can be made on the Nemkov side if he wants to produce a different fight.

Although grappling seems to be somewhat hard-wired into Nemkov’s sensibilities, I’ll be curious to see if he approaches this rematch with Anderson more conservatively – akin to his rematch with Phil Davis.

It’s important to remember that a lot of the grappling entanglements that have gotten Nemkov into trouble throughout his career are typically initiated by himself and not his counterparts.

Should Nemkov lean more into his footwork and jab in the circular cage, then perhaps he’ll have more opportunities to turn the tide standing with a well-placed leg kick. That said, Nemkov will need to be careful to not get too predictable with his straight shots.

As we saw in the first fight, Anderson was able to get a beat on Nemkov’s straight punches by the third frame, showing the ability to slip and return comfortably. Hopefully, for Nemkov’s sake, he looks to incorporate more kicks and attempts to sit down hard some counter crosses and hooks (particularly when Anderson is kicking).

Not only does Anderson surprisingly lack kick-catch counters in his arsenal, but the 33-year-old American has also sustained some of his hardest hits while throwing kicks of his own.

Point of interest: odds and opinions 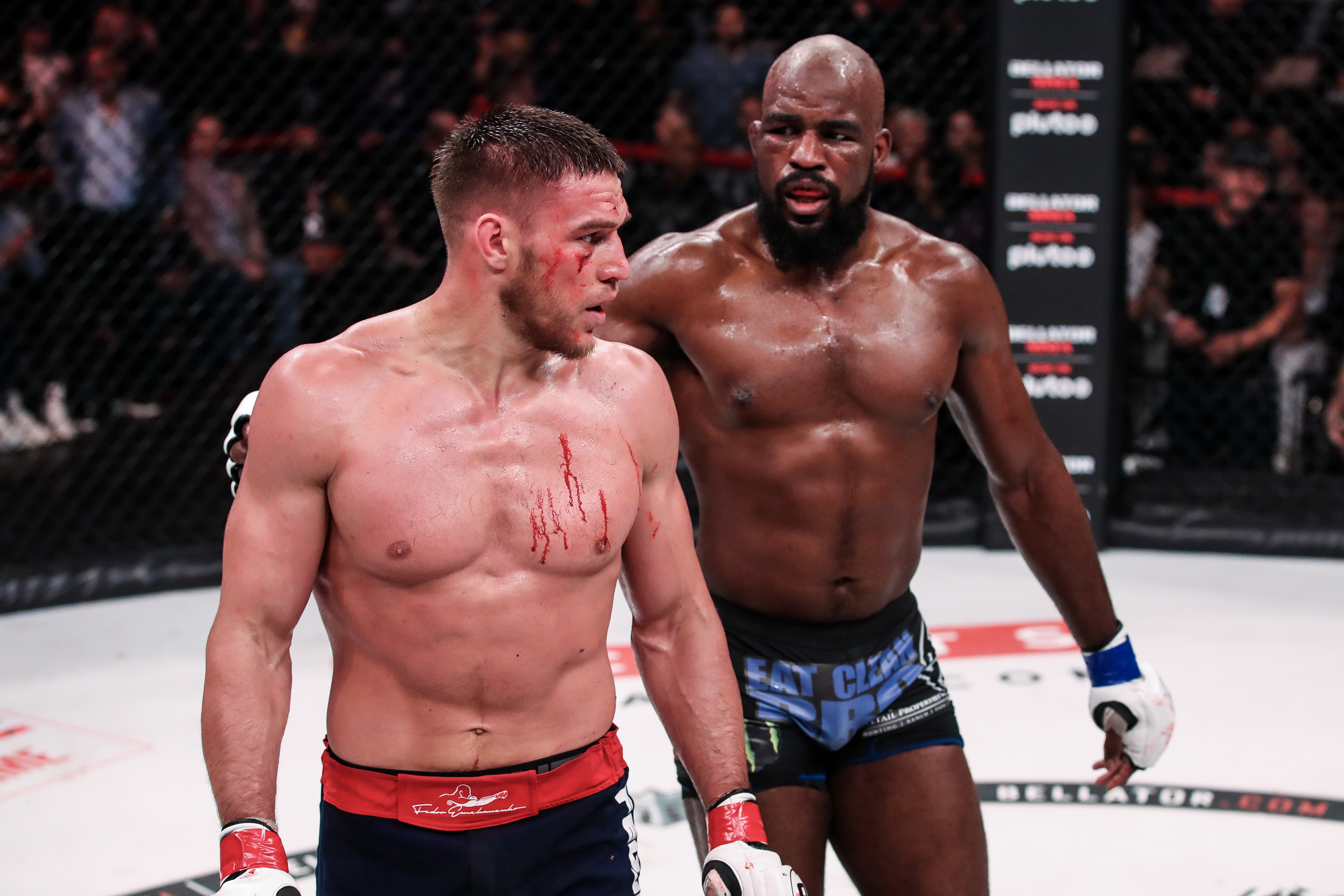 The oddsmakers and public are favoring the challenger, listing Anderson -225 and Nemkov +190 via Tipico Sportsbook.

Even though I’m more in line with the original opener (as the betting line was initially closer to pick’em odds), I can’t say that I’m surprised to see Anderson favored in the rematch.

Not only did Anderson have the momentum when the last fight came to a close, but the American appears to be a difficult stylistic test for most fighters when he’s firing on all cylinders.

I know Nemkov, like many Russian fighters, has moved shop to Thailand for this training camp. There are a ton of high-level gyms to train at in Thailand, but I’m curious if Nemkov has been bringing in any folk-style wrestlers to help prepare for Anderson.

As noted in previous breakdowns, Nemkov trains with a lot of world-level freestyle wrestlers from his region. This has helped the 30-year-old Russian improve heavily upon his first-layer defense and offense on the takedown front, but Nemkov still shows to struggle in extended grappling exchanges – which is a place where folk-style wrestlers like Anderson thrive within.

For that reason, I have a hard time picking against Anderson here (despite this feeling like your classic “dog or pass” spot from a betting perspective). Unless Nemkov lands a conscious-altering counter cross or can take out one of Anderson’s legs early, then I see the American pulling away down the stretch in order to become the new champion.