CHICAGO – The Bellator light heavyweight grand prix is over and Vadim Nemkov was the last man standing.

It was the second time they fought, as they competed back in April at Bellator 277. The bout ended in a no contest after there was an accidental clash of heads that rendered Nemkov out of the bout due to a severe cut.

This bout was Nemkov’s third title defense. He also took home the $1 million prize that came from winning the grand prix.

It was a great showing by Nemkov, who completely shut down Anderson’s wrestling. Anderson attempted 15 takedowns and was unable to complete one.

The fight started at a high pace. It was high volume from both fighters as they went back and forth on the feet. As the round went by, Nemkov began leading the way. He was having good success with the right hand, connecting it multiple times. Anderson tried multiple takedowns, but none were successful. In the last seconds, Nemkov connected with a spinning wheel kick that dropped Anderson, who went for the takedown immediately after falling back and survived the round.

Tune in with @SHOSports LIVE NOW for the #Bellator288 main event and the culmination of the #BellatorLHWGP. pic.twitter.com/IB4z0CY7hw

Nemkov carried that momentum to the second, third, fourth and fifth rounds. Anderson had his moments on the feet, but Nemkov was clearly having more success. Anderson again attempted multiple takedowns over and over, but Nemkov stuffed them all.

Nemkov would slow down and his attack would decrease in the championship round. And although Anderson upped the pressure and seemed to be the fresher fighter, Nemkov did enough to stuff any takedown attempt and score significantly on the feet.

Nemkov is now expected to defend his title on Feb. 4 at Bellator 290 in California. His challenger is former UFC contender Yoel Romero, who’s on a two-fight winning streak.

This win kept Nemkov unbeaten in his Bellator career. Since joining the promotion in 2027, Nemkov has notched eight victories and the one no contest against Anderson. The Russian fighter has only lost twice in his career – a TKO loss to current UFC champion Jiri Prochazka back in 2015 and a split decision loss to Karl Albrektsson. Both defeats came under the Rizin FF banner.

On the other hand, Anderson suffered his first loss since leaving the UFC. The 33-year-old joined the Bellator ranks in 2020 and picked up three straight wins, defeating Melvin Manhoef, Dovletdzhan Yagshimuradov, and Ryan Bader. He followed up that streak with the no contest bout against Nemkov.

Full results of Bellator 288 include:

For more on the card, visit MMA Junkie’s event hub for Bellator 288. 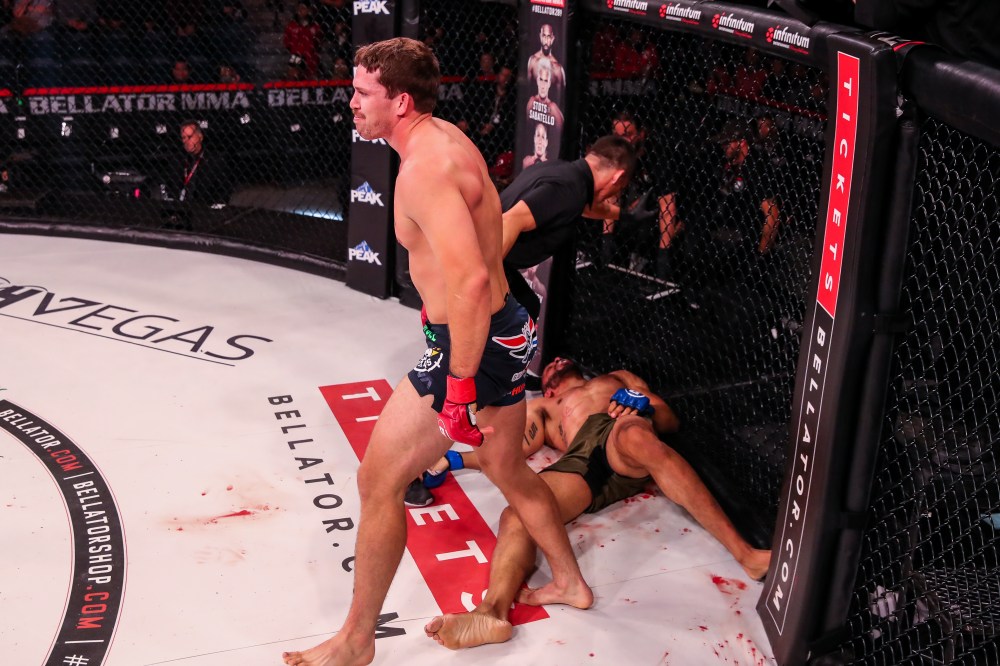