The UFC interim flyweight champion, and former undisputed titleholder, already put his name in the history books by becoming the first Mexico-born champion in UFC history. Well, on Saturday night Moreno (20-6-2 MMA, 8-3-2 UFC) is set to make history once again, as he takes on champion Deiveson Figueiredo (21-2-1 MMA, 10-2-1 UFC) in a title unification bout part of the co-main event of UFC 283 in Rio de Janeiro, Brazil.

This is the fourth time Moreno and Figueiredo will meet in the octagon, making it the first quadriology in UFC history.

But it doesn’t stop there. Moreno strongly feels his series against Figueiredo stands today as the biggest rivalry in flyweight history.

“As far as rivalry, yeah (this is the biggest) by a lot,” Moreno told MMA Junkie in Spanish. “What other one could get close? Demetrious vs. Henry (Cejudo)? Demetrious vs. (Joseph) Benavidez? I think speaking of history, rivalry, the bad blood, I think Deiveson and I, we have by far the biggest rivalry of the division.”

And beyond rivalry and feuds, “The Assassin Baby” also believes his fourth encounter holds plenty of significance in the weight class.

Moreno knows there have been other pivotal moments in the division, so he won’t say this unification bout is No. 1, but it’s certainly among the most important fights in flyweight history.

“Obviously, I understand Demetrious Johnson’s legacy in the division,” Moreno said reflecting on the significance of his UFC 283 bout. “He was a champion that was 100 percent dominant. He was a champion that made fights look easy, and you can see that in all the times he defended his title. It was insane.

“On another angle, you have Henry Cejudo. He didn’t defend it that many times, but he was there at the time the division was shaky, and maybe because of the lack of relationship Demtrious had with the public and the fans. I feel like he never really connected. And that’s sad. Me, as a fan of the sport and a fan of Demetrious, I thought it was sad because I thought he was an incredible fighter. He was really, really good, but outside of the cage he didn’t connect with the public.

“So that got to a point that made the division shaky. They wanted to cut it, they wanted to make it disappear. And at that time, that’s when the T.J. Dillashaw and Henry fight came together. I was already cut then I think, but I had some hope that Henry would win because he could keep the division around, and maybe I could come back in the future to the UFC. And that’s what happened. So what Henry did was special.

“So I don’t know. I think maybe my ego is talking, but I think what we’re doing right now Deiveson and I, it’s really big, it’s huge. And it’s opening the door for other contenders to keep developing. … I think what Deiveson and I are doing is the best thing that could happen to the flyweight division.”

For more on the card, visit MMA Junkie’s event hub for UFC 283. 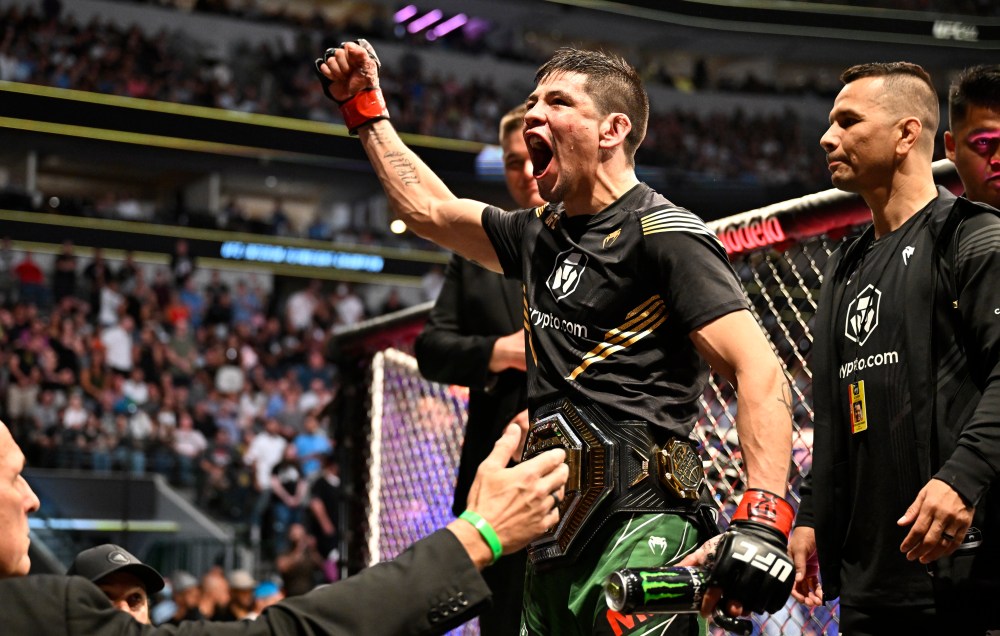 In Sabah Homasi, Brennan Ward finally has opponent he can amp up for

Jon Jones WARNS heavyweight and asks him to STOP WRITING HIM, Israel Adesanya reacts to critics